The hot-dip galvanized green house tubes have a good plot, and the area where the greenhouse is built should be fertile soil. The temperature rises quickly, drainage and irrigation are convenient, the leeward wind is sunny, the altitude is flat, the water source is abundant, and it is close to the power source, and the transportation is convenient. Lay the foundation of the hot-dip galvanized greenhouse pipe. Before the equipment, the line should be laid out and trenched after the selected plot is measured. The trench should be dug straight and the bottom of the trench should be consolidated.

Put masonry under the arch to prevent the arch from sinking under the force. The 6mm diameter steel bar is tied to the bottom of each arch through the circular hole at the lower end of the arch, and then the trench soil is filled back. If possible, it is better to build the foundation with bricks in the trench.

What are the hot-dip greenhouse galvanized pipe equipment? For various components and fixtures, use wooden hammers or mallets for fixture equipment, install lightly, nail lightly, and over-tighten to avoid deformation of fixtures or damage to steel pipe galvanized thin. The equipment of various components should be assembled according to the plan, such as the distance of the arches, and the distance of the longitudinal rods.

For the hot-dip galvanized green house tube to cover the film, a spring slot should be set, and the plastic film should be fixed with a spring. The plastic film is first glued into a whole sheet and then covered with an orange. When installing, an old film can be placed in the card slot to protect the new film. Assuming that the plastic film is not spliced beforehand, the slot distance is 10cm smaller than the width of the film according to the original piece dividing device. The two films should be overlapped with each other, flattened and straightened, and the card slots are used together.

The laminating line for hot-dip galvanized greenhouse pipes must be installed even if there is a card slot, the same as usual every 1-1.2 meters, and the next one every half meter in the windy area, otherwise the film is still loose, bulging and damaged when in strong wind.

Do You Have Any Questions? Submit a business inquiry online. CONTACT US
Steel Pipe For Sale 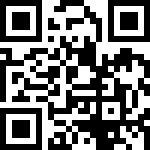